Hi-Tech Park was created in 2005 and is considered the leading IT cluster in Central and Eastern Europe with the best conditions for setting up and developing business.

”The Silicon valley of Eastern Europe“, ”The world AI development center“, ”Paradise for programmers“ – these are just some of the evaluations of Belarus by the most prominent foreign mass media, such as The Wall Street Journal, Forbes, Financial Times.

The first stage of the Hi-Tech Park development – HTP 1.0 – lasted till the end of 2016. During that period the main model for IT-companies was outsourcing –software development with further transferring ownership rights to the client.

Already in December 2017 the President signed Decree No 8 “On the development of digital economy”. The business community and foreign experts called it “breakthrough”. This event gave a start to HTP 2.0.

The Decree created favorable conditions for product-based businesses: IT-companies develop their own products and promote them to a vast range of consumers. In this way the IT-sector of Belarus changed not only in quantity but also in quality. HTP gave rise to hundreds of new companies with new products and focus areas. They have established numerous firm footholds for the whole IT-sector of Belarus and created the basis of Park’s long-term stability.

Hi-Tech Park provides its residents with minimal taxes, instruments of the so called “English law”, possibility of free movement of capital, transparent regulations for block chain and crypto currency, a lot of other benefits.

HTP resident companies may operate within 37 types of activities: from advanced solutions in the sphere of AI to the development of top-level software, engineering solutions, games and mobile applications, IT for healthcare, agriculture, fintech, banking software, laser technologies, optics. 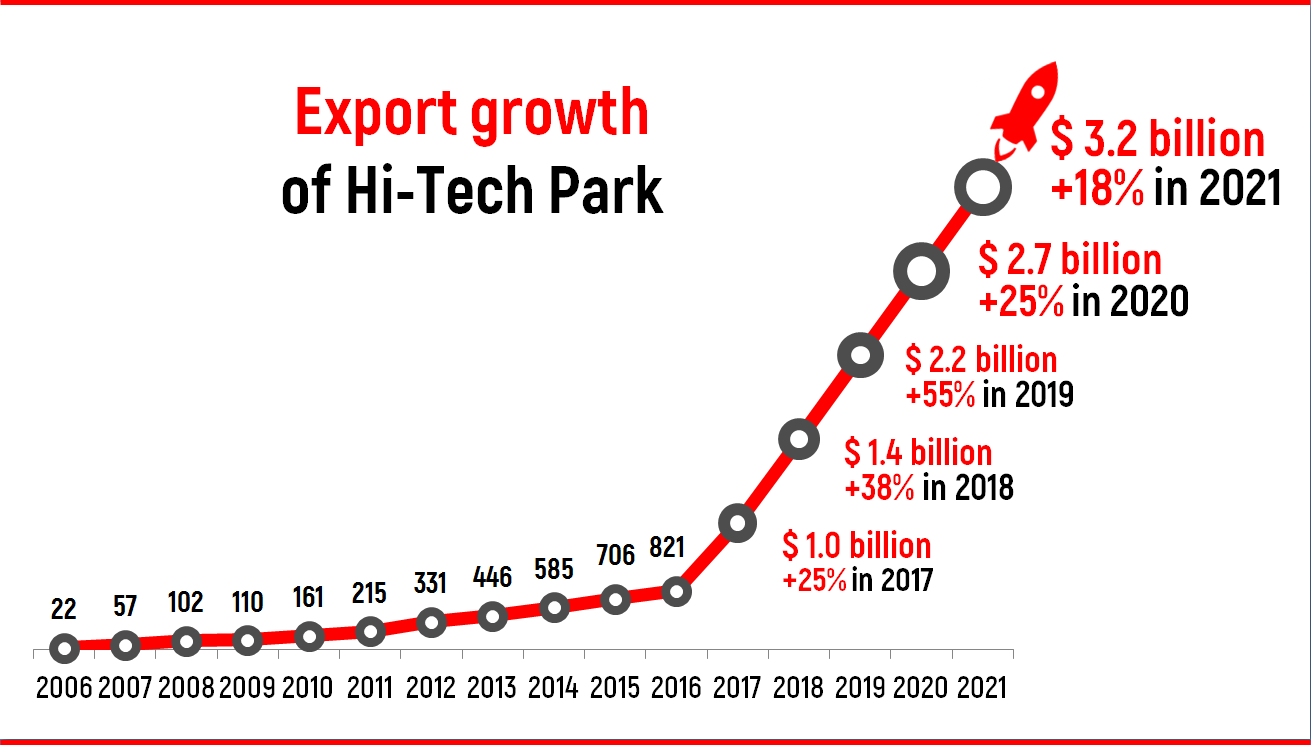 The number of new HTP companies is impressively growing. A fivefold increase of the Hi-Tech Park residents from 192 to 1065 was a matter of only four years after the digital Decree came into force. 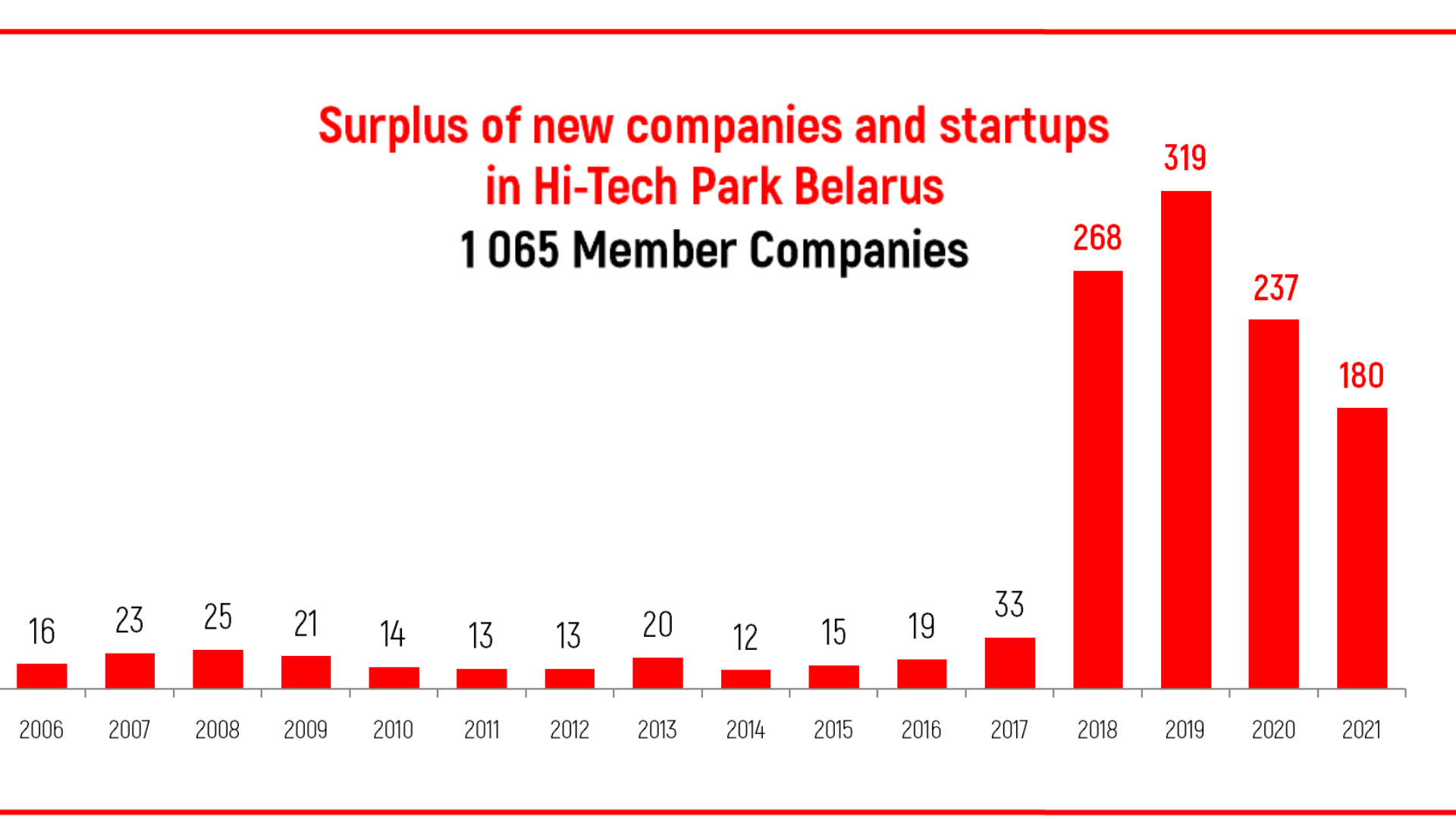 Hi-Tech Park provides new job opportunities. Over the period of 2017-2021 more than 40 thousand people were employed in the HTP companies. Presently Park’s labor force numbers more than 78 thousand. This is 2 % of the economically active population of Belarus. They produce almost 5% of GDP.

HTP boosts regional development. Due to its legal regime, applicable nationwide, a resident may be registered and operate anywhere in the country. Presently more than 100 HTP resident companies, i.e. more than 4 thousand people, work outside Minsk.

More than 35 % residents are companies with foreign shares. During the years of HTP 2.0 (2017-2021) the Park has cumulatively raised more than $ 1,5 billion of foreign investment. Moreover, 122 R&D centers of foreign companies are concentrated in HTP.