The 25th International Olympiad in Informatics (IOI) finished on July 13, 2013 in Brisbane, Australia. This year more than 360 pupils from 91 countries participated in it. According to the rules, each country can be represented by no more than 4 participants who are selected in national competitions. To participate in the International Olympiad, Belarusian pupils went through a serious selection process: on the school, regional and republican levels.

Our team consisted of 4 people and everyone took a prize. Altogether they won 4 medals: a gold, silver and 2 bronzes.

The participation in the competition became possible for our team thanks to sponsorship aid from the Hi-Tech Park resident company Game Stream. The company paid for the travel and accommodation. 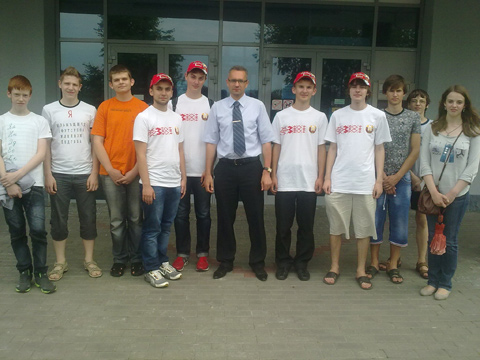 “Its important for our company to support those who represent Belarus in various competitions on the global arena, show high intellectual level and won’t give up without fighting” – commented the Head of Game Stream Victor Novochadov.

The International Olympiad in Informatics (IOI) is one of the most recognized computer science competitions among pupils in the world. The first Olympiad was held in 1989. The competition consists of two parts. Participants are offered algorithmic programming problems to be solved on a personal computer. Next year they Taiwan (China) will host the competition. In 2015 it will be held in Kazachstan.

Send to a friend

Regulations on activities with tokens approved

The Supervisory Council of the Hi-Tech Park approved the Regulations on token-related activities. More

Who can become HTP residents?

How to become HTP resident?